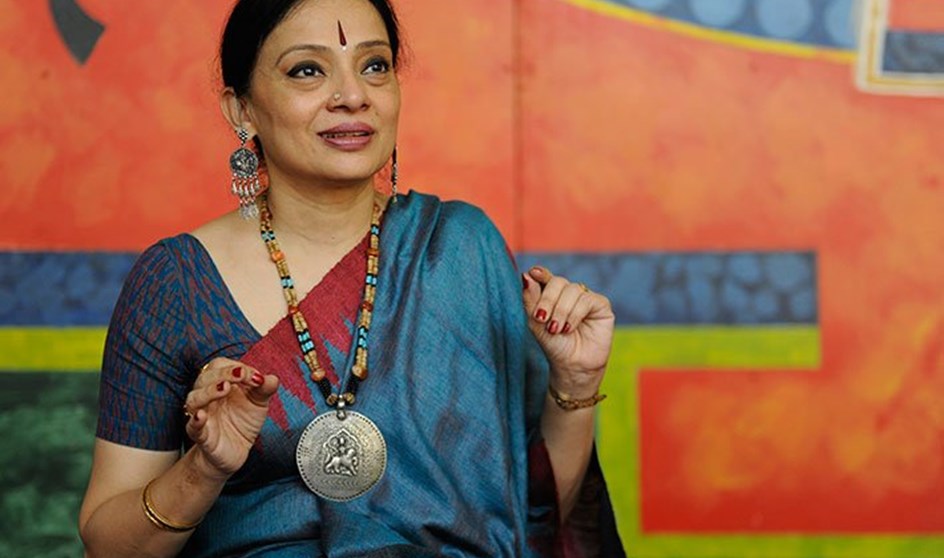 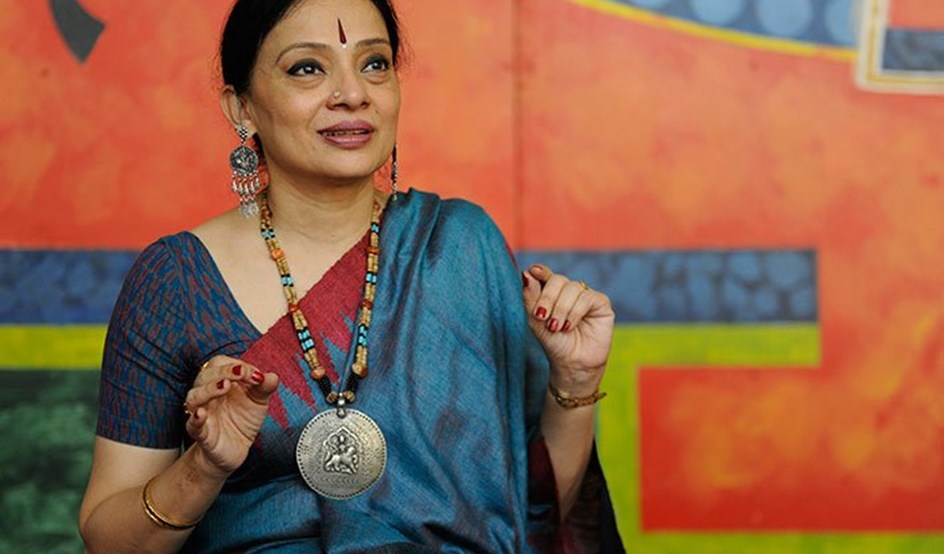 Malavika Sarukkai celebrates her golden anniversary in dance this year. For decades she has done ground-breaking work in reconstructing the traditional Bharatanatyam. The Indian choreographer is famed for her originality, intelligence, technical mastery, and lively movement vocabulary. Her magnificent performance Thari – The Loom enjoyed a successful Dutch premiere during the 2018 India Dance Festival. Sarukkai will appear online in 2022.

Festival curator Leo Spreksel will talk with Malavika Sarukkai in the Meet the Icons program. After a short introduction, the documentary The Unseen Sequence will be shown. This film gives a close view of how Sarukkai keeps the dance tradition of the Bharatanatyam alive and furthers its development. The documentary features beautifully intimate images of her historic anniversary performance. In preparation for this performance, she went back to the roots of Bharatanatyam and danced with great devotion and surrender in the Chidambaram temple.

“That you, as someone from the West and uninitiated in Indian dance, don’t know precisely what the hand gestures or dynamics mean, doesn’t seem to matter. When six pairs of arms move up and down as waves, where each hand seems to look different and actually depicts the individual form of each wave, you feel that vibrating in your body.” - Malavika Sarukkai

“Sarukkai shows that dance can be a universal language. The richness lies in its diversity. It’s fantastic that the Indian Dance Festival has made it possible to see this in the Netherlands.”

Carolien Verdwijn about Thari – The Loom in 2018.