Francophone actors, already familiar with Korzo, embark on a high-frequency journey into the France of pirate radios.

Paris, 1980. Some enlightened get excited behind microphones to create a pirate radio.
Two clans fight over the waves. The former is anarchist or committed, the latter ... not really. The second will have the favors of the power, when in 1981 François Mitterrand grants free radios the right to emit. From pirates, radio will become free by accepting the diffusion of advertisements.

Come and enjoy the wind of freedom that blew on crazy waves; the echoes of a bygone era: the promises held and later denied by a left losing its utopia, the festive decadence of Parisian nights threatened by the submission of some libertarian minds to the almighty power of money.

Throughout the performance, the use of irony and exaggeration when talking about left and right wing politics worked extremely well in order to show nonsensical division preventing synergy and problem solving cooperation. Many issues raised during the performance are easily applicable to today’s creative practices and polarising political views. 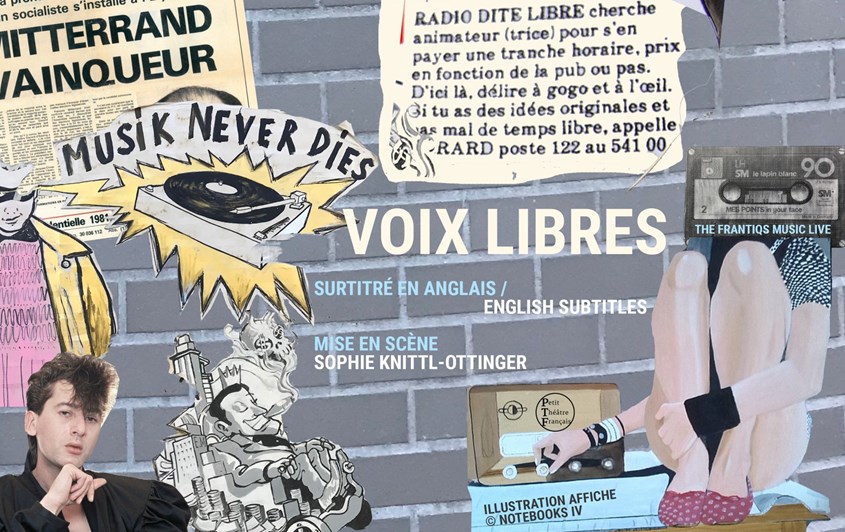