The second edition of the Gnawa festival pulls out all the stops this year with concerts, workshops, and film screening. In Korzo, rising star Mehdi Nassouli appears with the Amsterdam Andalusian Orchestra. Mehdi is a musical omnivore formed in the gnawa culture in the South of Morocco. He plays the guembri, an entrancing three-stringed lute. The roots of gnawa can be found in the sub Sahara region of Africa from the time of slavery and with influences of the Sufi tradition. The music mixes well with other styles. Even with the contrasting Arabo-Andalusian music originally played at the courts of the Iberian Peninsula and Northern Africa. 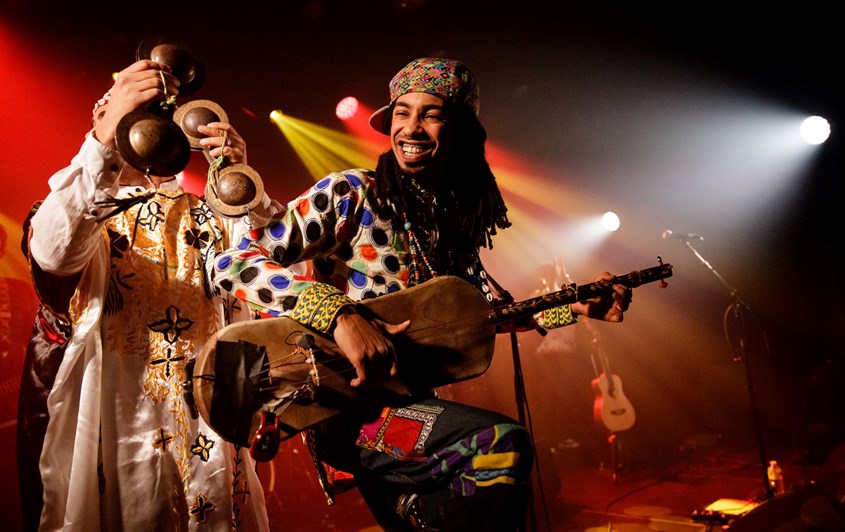