During the festival, CaDance will show the work of two dance makers who uniquely connect with the city. In Bird Dog, Marina Mascarell sends her dancers live to the streets of The Hague, Tokyo, and Lisbon. She does this in an attempt to let them experience a corporeal connection through a ritual where new media and the city each play their part.

'I wanted to do something that wasn’t just with a prerecorded video in four studios or theatres. I was given carte blanche, so I thought: Let’s be out there!'

In her recently completed trilogy* choreographer Marina Mascarell explored the relationship between the body and technology and  the space around us. At the same time, she reflected in her performances on theories on one-dimensionality, the social superficiality apparently fostered by the prevailing image culture. “Entering the public space with Bird Dog and realizing a corporeal connection between my dancers feels like an organic and natural step in my oeuvre. I have always felt attracted to the idea of how to adapt my body to its surroundings, as if it was a playground. To use objects to inspire the body. This is endlessly amplified in the scenography formed by the city!”

To get answers to their questions and realize their wishes, both creatives have developed new methodologies. Marina has just completed a second research phase in early December. For five whole days, she accompanied each individual dancer on Zoom on the trail in their city. Much like dogs do, they explored the sensory possibilities of each space. The next step is to bring the dancers together at a distance, connect them in parallel while they perform the same rituals. They cannot see each other during this process, but they can hear. “What I realized again is how much we are defined by our culture. Yasutake behaves quite differently in public spaces in Tokyo because you must be inconspicuous and definitely not dishonour your family. With Shamel in New York the experience was much more raw, especially when he flew into a rage after almost being mugged on the street during work.” 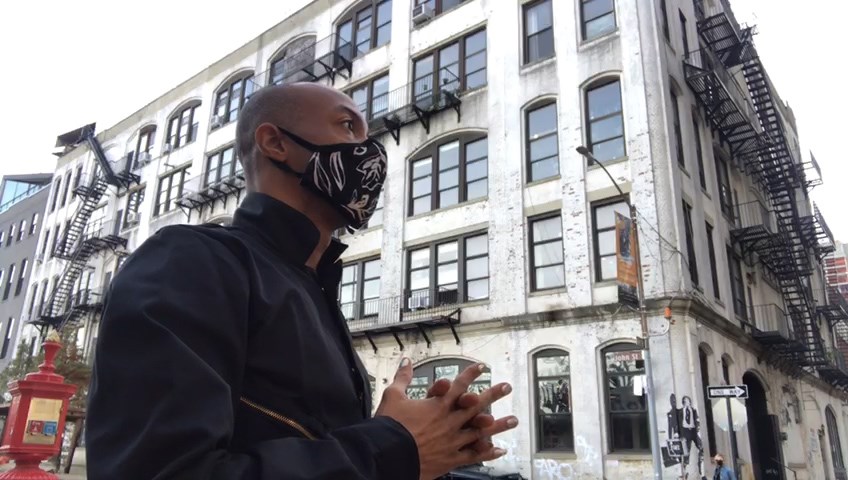 Looking differently at the city

Marina’s dancers also experience the city in  a new way: “They move differently through their home town, take their time more. Normally, we are very goal-oriented. If at all possible, we walk in a straight line from one destination to the next. Now we see the city with different eyes, we see much more detail. It makes us realize what kind of impressive monsters we have created. And also how much energy is behind al that material we used to build the city, to the last little screw. You also begin to see beauty where you didn’t notice it before. A so-called lost corner where weeds grow would not be good, only that’s not true. We’re really fucked up that we come to that conclusion. That is nature trying to push back through the city! Let’s make room for it!”

Marina can imagine Bird Dog stretching out over multiple years and taking on various forms. Perhaps in an hours-long version shown in museums. “With this production, an hour goes by in the blink of an eye. The plan is certainly to do a version from each of the present four cities.” What she hopes most is that  people enjoy watching Bird Dog. “I also hope that it makes them think about their body and their relationship to the space around them.”